It’s Time We All Agree: Enough is Enough When It Comes to Indiana’s Poor Health Outcomes

The 2018 America’s Health Rankings report was just released, and Indiana has slipped from 38th to 41st out of 50 states. According to the report: “States ranking least healthy are in the South with the exception of Indiana.” For the sake of the people of Indiana and the economic well-being of our state, we simply must do better.

According to the CDC, the leading root cause of preventable death and disease is smoking. Indiana’s adult smoking rate has climbed over the last three years – from 20.6% in 2015 to 21.1% in 2016 to 21.8% in 2017. The Richard M. Fairbanks Foundation’s recent report on tobacco use in Indiana outlines the three most important and impactful policy solutions we can take to address this distressing trend: (1) raise the price of cigarettes, (2) increase state funding for tobacco prevention and cessation initiatives to levels recommended by the CDC, and (3) raise the legal minimum age to purchase tobacco to 21.

Poor health rankings for Hoosiers translate into an alarming number of preventable deaths and high healthcare costs for taxpayers and employers. It’s time we all agree: enough is enough. As we head into 2019, we can no longer ignore the impact of health on people and the economy. Let’s come together and tackle the root causes of Indiana’s poor health outcomes by implementing proven policy and programmatic solutions.

Alex Cohen is the Director of Learning and Evaluation for the Richard M. Fairbanks Foundation. As opioids and tobacco continue to claim Hoosier lives, many are looking toward K-12 school-based prevention programs to stem the tide. One of the most well-known prevention programs is Drug Abuse Resistance Education, or D.A.R.E. At its height, D.A.R.E. was […] 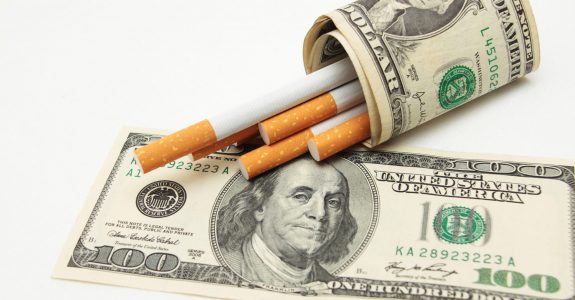 Claire Fiddian-Green is the President & CEO of the Richard M. Fairbanks Foundation. Comprehensive tobacco control efforts play a critical role in reducing smoking and lowering the health and economic toll of the smoking epidemic. But Indiana woefully underfunds these initiatives, falling far below federal recommendations and dollars spent in other states, according to a […]