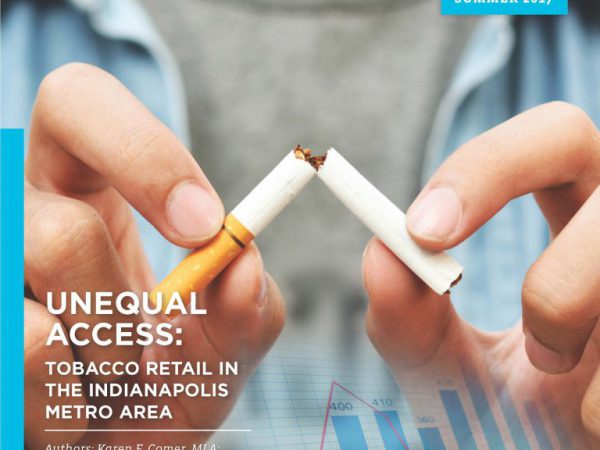 In Indianapolis, tobacco retail outlets are concentrated in areas with high poverty, low levels of education, and high levels of poor mental health. These are also the areas where smoking rates are higher, on average and among pregnant women specifically. These are the key findings from a report issued yesterday by The Polis Center at IUPUI entitled: “Unequal Access: Tobacco Retail in the Indianapolis Metro Area.”

This is troubling news for a city where the adult smoking rate – at about 21% – is already well above the national average. Statewide, there are additional indicators of concern for our most vulnerable people. For example, more than 14% of pregnant Hoosiers smoke – a rate that is more than four-fifths higher than the national smoking rate for pregnant women of 7.8%. And according to the Centers for Disease Control, Hoosiers with annual household incomes less than $15,000 smoke at a rate of 35.4%. This rate drops as incomes rise: Hoosiers with annual household incomes greater than $50,000 have a smoking rate of 11.7%.

Why should we care about high rates of tobacco use in Indianapolis and elsewhere around the state? First, because tobacco is the leading cause of preventable death and a leading cause of diseases. More than 11,000 Hoosiers die annually from smoking and another 1,400 die each year from secondhand smoke exposure. This adds up to ten times as many people who die from tobacco than the number of people who died from a drug overdose in Indiana in 2015.

The second reason we should care about high rates of tobacco use is because of the significant economic impact on every Hoosier – regardless of whether or not you smoke. In fact, the average household in Indiana bears an annual state and federal tax burden of $903 thanks to tobacco use. If we look at Medicaid users only, Hoosiers who smoke cost $540 million more each year than Hoosiers on Medicaid who don’t smoke. These costs are borne by all of us, and they divert scarce taxpayer dollars away from investments in – for example – education and economic development initiatives that could positively benefit our state.

What can we do to tackle high rates of tobacco use in Indiana, especially among at-risk populations? We should implement effective, evidence-based policies and programs that have demonstrated the ability to help smokers quit and prevent people from becoming smokers in the first place. Chief among these proven policies is raising the price of cigarettes. In fact, research shows that for every 10 percent increase in cigarettes’ price, consumption decreases by 3 to 5 percent. Raising the price of cigarettes is especially effective among lower-income smokers and pregnant women.

The Polis Center report sheds additional light on Indiana’s “forgotten” tobacco epidemic. Stakeholders in Indiana should come together to tackle this significant public health challenge – and improve the health and economic well-being of all Hoosiers.

Alex Cohen is the Director of Learning and Evaluation for the Richard M. Fairbanks Foundation. Stanford’s Center for Research on Education Outcomes (CREDO) recently released its latest study on academic performance in Indianapolis schools. The study aims to answer an important question: How do charter schools and Innovation Network Schools (which are part of the […] 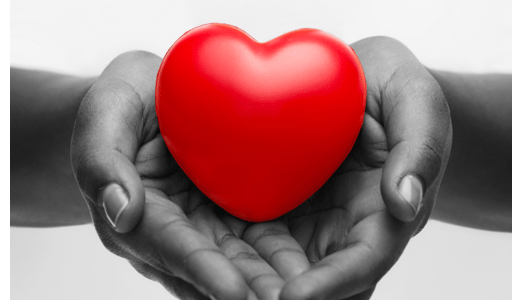 This National Minority Health Month, we ask the question: why do black and multiracial Hoosier adults have a higher prevalence of obesity than white adults?

Claire Fiddian-Green is the President & CEO of the Richard M. Fairbanks Foundation. Every April, we celebrate National Minority Health Month in order to call attention to the health disparities that affect racial and ethnic minorities across the country. This year’s theme of “Active and Healthy” living is timely, given the Richard M. Fairbanks Foundation’s recently […]