Low-Income Students Face Several Challenges Outside the Classroom. Does This Mean They Can’t Learn?

The most recent round of ISTEP+ results, released last month, continue to show students in Marion County public schools performing well below state averages. At Indianapolis Public Schools, for example, fewer than 25% of elementary and middle school students passed both English and math ISTEP+ tests.

These numbers should serve as a call to action to support struggling students and schools. Unfortunately, they’ve also raised a common refrain used to push back against efforts to improve educational outcomes for low-income students.

In Marion County, 31% of children under 18 live in poverty, and 66% of public school students qualify for free and reduced-price lunches. With low income comes a variety of other challenges like hunger, higher likelihood of exposure to violence, and poorer health due to lower access to preventative healthcare. Given these challenges, is it even possible for efforts in the classroom to have an impact on the academic performance of low-income students? In other words, can poor students perform well in school?

In short, yes. While low-income students certainly face a number of barriers that play a contributing role to low academic achievement, there are several examples of educational interventions that have been shown to work at raising both academic and non-academic outcomes for low-income students.

High-performing charter schools are one example. Several studies nationally compare outcomes like standardized test scores between poor urban students who enroll in certain charter schools to otherwise similar students who do not enroll in these schools. If better schools simply weren’t enough to raise academic achievement for these students, we would find no impact. On the contrary, however, studies of charter networks like Knowledge is Power Program (KIPP) show substantial improvements in math and English standardized test scores.

Another example is high-quality Pre-K. Early childhood education programs like Head Start and the Perry Preschool Project have shown impacts on just not K-12 test scores but even subsequent outcomes like adult income, health and incarceration—and the impacts tend to be largest for low-income students. What’s more, combining these early childhood interventions with interventions during the K-12 years amplifies these effects and begins to chip away at the gap between low- and high-income students.

There are several other examples, too—from more rigorous teacher training to effective curricula to social and emotional learning programs to school-based substance use prevention. You can find even more from repositories like the What Works Clearinghouse, Blueprints for Healthy Youth Development and academic research reviews.

These interventions have been shown through careful and credible research to improve outcomes for low-income students, despite the myriad challenges these students may face outside the classroom. Our Foundation’s approach to improving the vitality of Indianapolis and the well-being of its people includes a focus on education because we believe—and the evidence demonstrates—that improvements in teaching, school leadership and schools can improve academic outcomes and put kids on the path to success later in life, regardless of their socioeconomic status.

Alex Cohen is the Director of Learning and Evaluation for the Richard M. Fairbanks Foundation. Smoking remains the leading cause of preventable death nationwide. In Indiana, which has among the highest smoking rates in the U.S., an estimated 11,000 people die each year from smoking. While smoking-related illnesses generally occur in older ages, smoking starts […] 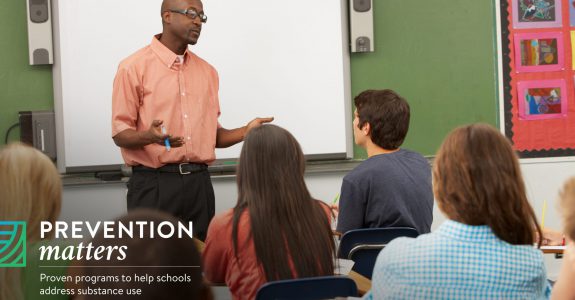