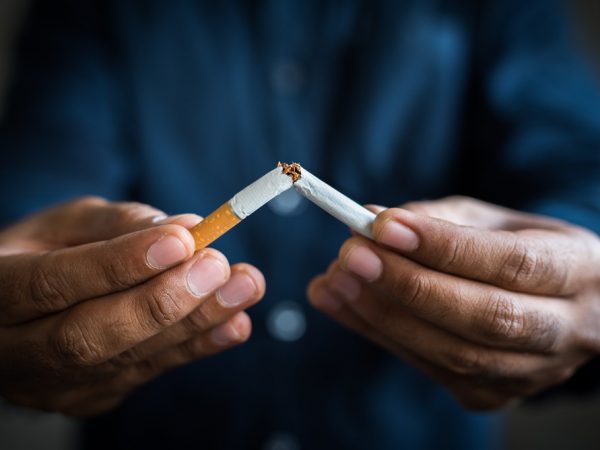 According to recently released data from the Centers for Disease Control and Prevention, Indiana’s already high smoking rate has gotten worse, in contrast to declines in most other states. That is bad news for Hoosiers and our state’s economy.

Smoking remains the number one cause of preventable death in the United States and takes a heavy toll on Indiana especially. An estimated 11,100 Hoosiers die each year from smoking, and an additional 1,400 nonsmokers die annually from exposure to secondhand smoke. Smoking in Indiana also translates to $3.3 billion annually in healthcare costs and another $2.8 billion annually in lost productivity for employers.

Fortunately, as the Richard M. Fairbanks Foundation’s recent report on tobacco use in Indiana shows, there are proven strategies to reverse this pattern. Implementing these approaches is likely to achieve the declines in smoking seen in other states and improve the well-being of individuals in Indiana.

Note: The data described in this blog come from the Behavioral Risk Factor Surveillance System (BRFSS), as reported by the Centers for Disease Control and Prevention (CDC). The spreadsheet used for all calculations can be downloaded here.

Fairbanks Foundation’s Commitment to Reducing the Rate of Opioid Use Disorder: A Review of Grantmaking Focused on the Opioid Epidemic From 2015 to 2019

Claire Fiddian-Green is the President & CEO of the Richard M. Fairbanks Foundation. In 2014, more than 1,100 Hoosiers died as a result of drug poisoning – greater than the number of fatalities from car accidents – with prescription opioid misuse and heroin use responsible for a majority of these deaths. In response to the […]

Thirty-five years after its creation, @RMFFIndy continues to focus on strategic grantmaking, research and evaluation, and cross-sector collaboration to advance the vitality of Indianapolis and the well-being of its people.