In the battle against opioids, we have an opportunity for effective policymaking through syringe exchanges

“Abusers.” “Reckless criminals.” These are the words of one pharmaceutical executive to describe the hundreds of thousands of Americans with opioid use disorder, uncovered in a wave of litigation facing the nation’s leading drug makers and sellers for their contributions to the opioid crisis. As these investigations bring more information to light, they are sure to change the way Americans think about the opioid epidemic.

That’s good news. For too long, the stigma surrounding opioid use disorder has been a barrier to adopting public policies that treat the disease of addiction and prevent drug overdoses and death. Reluctance to provide public funding for syringe exchange programs, which give those who use intravenous drugs access to clean syringes, offers one example of a missed opportunity to effectively respond to the crisis.

Evidence abounds on the efficacy of syringe exchange programs. Myriad studies show they reduce the risk of infectious diseases such as HIV and Hepatitis C. Such programs also prevent overdose deaths and save taxpayer dollars in the form of diverted criminal justice costs. What’s more, syringe service sites often serve as a gateway to treatment and recovery. One study found that syringe service program participants were five times more likely to enter treatment than those who did not engage with a program.

Even with this evidence, syringe exchange programs have been met with controversy at the federal, state and local levels. Critics fear that providing intravenous drug users with clean needles supports drug misuse — when, in fact, research shows quite the opposite.

Fortunately, the tides are turning on this issue as the understanding of opioid use disorder as a treatable medical illness continues to grow. Much more can be done to develop and implement policies that allow these programs to help people access the care they need and deserve.

Consider the operations of America’s existing syringe exchange programs. The federal government, as well as many states and cities, have prohibited tax dollars from being spent on syringes. To fill these funding gaps, philanthropic organizations in communities across the country have stepped up in a big way. In Indianapolis, for example, the Fairbanks Foundation recently awarded a grant to the Marion County Public Health Department to launch the county’s first-ever mobile syringe service unit, granting $1.45 million to cover the costs of syringes and other expenses such as testing, immunizations, naloxone and treatment advice.

We’re proud to support this work, but the gravity of the opioid crisis demands that we ask: why can’t effective programs be supported with taxpayer dollars?

A public health crisis of this magnitude requires our nation’s leaders to formulate a comprehensive, evidence-based response designed to treat those who suffer from the disease of addiction – and address all its myriad consequences. Adequately funding syringe exchange programs is one important step we can take.

Claire Fiddian-Green is the President & CEO of the Richard M. Fairbanks Foundation. Earlier this week, the Richard M. Fairbanks Foundation released two reports showing that in 2017, the opioid and tobacco epidemics claimed more than 14,200 Hoosier lives and cost our state $12.6 billion in healthcare costs, lost productivity and economic damages. These reports provide […] 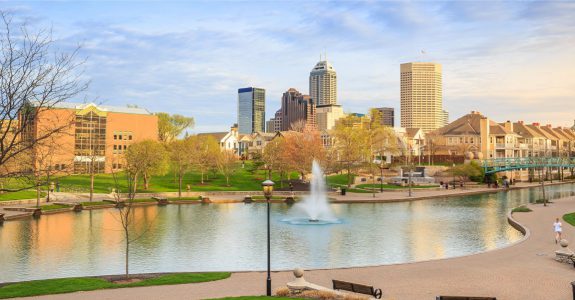