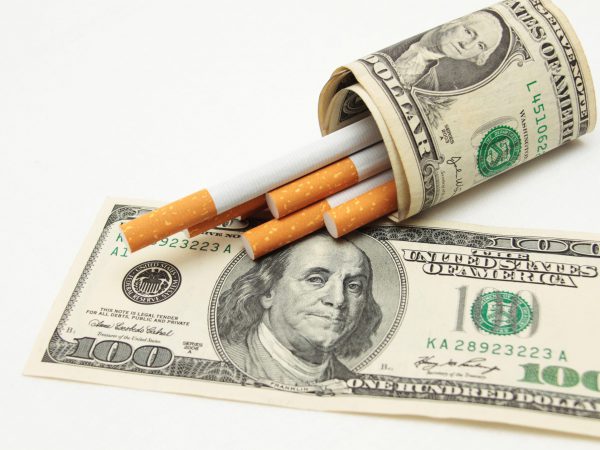 Comprehensive tobacco control efforts play a critical role in reducing smoking and lowering the health and economic toll of the smoking epidemic. But Indiana woefully underfunds these initiatives, falling far below federal recommendations and dollars spent in other states, according to a new report commissioned by the Richard M. Fairbanks Foundation.

Indiana devoted just $8.2 million in federal and state spending in 2016 to preventing Hoosiers from starting to smoke, helping them quit, and protecting people from secondhand smoke. This is only 11 percent of the $73.5 million recommended by the Centers for Disease Control and Prevention (CDC) – and far behind other states’ funding levels, according to the study by researchers at the Health Policy Center at the University of Illinois at Chicago. Indiana’s per-person tobacco control funding – at $1.23 – is less than half of the national average of $2.92.

Meanwhile, Indiana’s smoking rate remains the 10th highest nationwide, with more than one in five Hoosiers smoking, at a devastating toll to the state. More than 11,000 Hoosiers die prematurely from smoking each year, and smoking costs Indiana $7.6 billion annually due to health care expenses, lower productivity and premature deaths. It is estimated that 151,000 kids now under 18 in Indiana will ultimately die prematurely from smoking.

Indiana used to be a national leader in funding efforts to address smoking. In 2001, the state allocated $35 million of its own resources and $1.4 million in federal dollars to tobacco control—an amount that was in line with CDC recommendations. Those numbers have steadily declined to today’s below-average figures.

To meet CDC recommendations, Indiana should be spending nine times the current level, or $65.3 million more per year. This would result in myriad positive outcomes, including:

The conclusion is irrefutable: We need to take a comprehensive, evidence-based approach when it comes to tobacco control in Indiana. The bottom line is that tobacco use is bad for Indiana. We have both a moral and an economic obligation to ensure we are allocating a sufficient level of resources to support proven programs that will help smokers quit, and prevent people – especially Hoosier children and teenagers – from using tobacco in the first place.

Fairbanks Foundation’s Commitment to Improving Academic Outcomes and Closing the Skills Gap in Indianapolis: A Review of Grantmaking Focused on Education From November 2015 to September 2019

Claire Fiddian-Green is the President & CEO of the Richard M. Fairbanks Foundation. A well-educated population is critical to the vitality of Indianapolis and the continuing global competitiveness of the city and our state. Unfortunately, too many K-12 students in Indianapolis do not demonstrate proficiency in core academic subjects such as math, science and reading. […]

Is Marijuana a Viable Alternative to Opioids?

Alex Cohen is the Director of Learning and Evaluation for the Richard M. Fairbanks Foundation. As policymakers and others identify ways to address the opioid epidemic, a key tactic has been limiting opioid prescribing and promoting alternative pain remedies. Marijuana is one alternative that has been widely discussed, especially in light of the expansion of […]