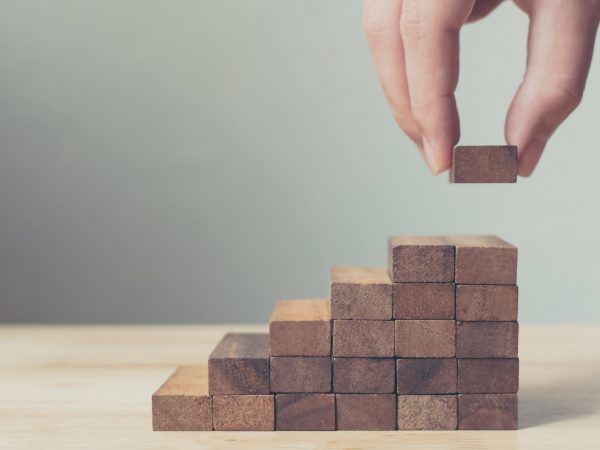 By 2025, 60 percent of jobs will require some type of high-quality degree or credential beyond high school. Currently, 48.5 percent of Hoosiers have earned an associate degree or higher (38.6 percent) or a short-term credential (9.9 percent) – an encouraging increase of 15.1 percentage points since 2008. Still, there remains much work to be done to ensure we are preparing Indiana’s current and future workforce for the types of jobs that will be available in less than five years.

It has become increasingly clear that there is a major leak in the education and training pipeline to prepare students for success beyond high school. This is due in large part to our country’s emphasis for the past 20+ years on all students earning a college degree, which has resulted in an education system offering only one well-structured path for high school graduates – a linear path from high school to college to career. But not all jobs require a college degree, and many students don’t enroll in or successfully complete college. In Indiana, for example, the college-going rate is 61 percent. However, only 62 percent of students who enroll actually complete a bachelor’s or associate degree within six years of beginning their degree program.  This means that approximately 6 in 10 high school students in Indiana do not have a post-secondary degree six years post-graduation. Why, then, aren’t we offering a second, equally well-structured pathway from high school to career that doesn’t require attending college?

The good news is that the Swiss “dual education” system – which simultaneously prepares young people for post-secondary education and careers starting as early as 10th grade – provides us with a model for repairing our country’s leaky talent pipeline. A dual education system, also referred to as youth apprenticeship, has the potential to create a new, clearly defined pathway that enables students to journey directly from high school into a career while also earning industry credentials and post-secondary credits. That is why it is exciting to know that the youth apprenticeship model is being piloted today in Indiana.

Since 2016, the Fairbanks Foundation has funded learning, benchmarking and planning efforts in Marion County related to the Swiss dual education system. Our grantees who have made this work possible include the National Conference of State Legislatures (NCSL) Foundation, which brought to Indiana the key findings from NCSL’s groundbreaking study: No Time to Lose: How to Build a World-Class Education System State by State. NCSL’s convening activities included opportunities for Indiana stakeholders to learn from CareerWise Colorado and its modern youth apprenticeship efforts, also modeled from the Swiss dual education system. NCSL also introduced Indiana stakeholders to the national Partnership to Advance Youth Apprenticeship, launched by New America in October 2018. In April 2019, the Fairbanks Foundation awarded a planning grant to New America to convene Indiana education and workforce development leaders representing the private, public and non-profit sectors to create a plan for launching a statewide system of modern youth apprenticeship. As part of this planning effort, a delegation from Indiana participated in the 2019 CEMETS Institute in Zurich, where attendees delved into the Swiss dual education system alongside representatives from California, New York, Colorado, Washington DC, and countries from around the globe.

Informed by the planning process and inspired by the CEMETS experience, in November 2019, the Fairbanks Foundation awarded a two-year, $3 million implementation grant to Ascend Indiana to design and launch a Marion County modern youth apprenticeship pilot in partnership with EmployIndy, and also to convene a statewide “community of practice” in close partnership with statewide, regional and local organizations representing the public, private and non-profit sectors. In total, the Fairbanks Foundation’s support for modern youth apprenticeship learning, benchmarking, planning and implementation efforts since 2016 totals approximately $4 million.

As Indiana works to address its leaky talent pipeline and create well-structured pathways to post-secondary education and careers serving all students, the Fairbanks Foundation is optimistic that modern youth apprenticeship can be an integral part of a multi-pronged strategy to support young people on their journey to success. We are grateful to the partnership of so many individuals and organizations – including the Governor’s Workforce Cabinet, the Indiana Chamber of Commerce, Ivy Tech Community College, Vincennes University, and many others – who have committed to supporting modern youth apprenticeship in Indiana.

Too Many of Indiana’s K-12 Students Lack Proficiency in Math and Are Unprepared to Participate in our STEM Economy. A New Pilot Program Aims to Help Solve This.

In 2020, @RMFFIndy awarded a $1.54 million grant to launch a pilot aimed at significantly improving math instruction delivered by teachers in Indianapolis public schools.

Alex Cohen is the Director of Learning and Evaluation for the Richard M. Fairbanks Foundation. Smoking remains the leading cause of preventable death nationwide. In Indiana, which has among the highest smoking rates in the U.S., an estimated 11,000 people die each year from smoking. While smoking-related illnesses generally occur in older ages, smoking starts […]