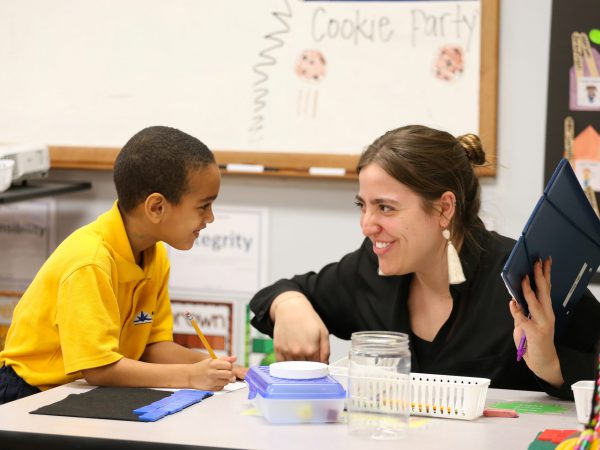 Grantee Spotlight: Teach For America Indianapolis – Recruiting and Preparing Educators to Lead the Movement for Educational Equity in Indianapolis

Ellen Quigley is the Vice President of Programs at the Richard M. Fairbanks Foundation

TFA has a vision that all Indianapolis children will lead lives of their choosing and collectively contribute to a more vibrant and just city. As a leadership development institution, TFA seeks to develop collective leadership for educational equity, excellence, and broader systems change – in its students and its corps members. Annually, TFA recruits over 60 diverse individuals as corps members who commit to teach for two years in an Indianapolis public school. Nearly 40% identify as people of color and 85% relocate from outside Indiana. In partnership with schools, TFA provides corps members with training, ongoing professional development, and access to an unparalleled resource and support network.

Amar, what motivated TFA to come to Indianapolis?

TFA expanded to Indianapolis in 2008 as a critical source of leadership talent for a growing education reform movement in our community. We came to Indianapolis with the belief that our mission and commitment to equitable access to education would contribute to a vibrant and more just city.

Informed and inspired by their students, most corps members choose to remain in Indianapolis beyond their two-year commitment and many have helped shape and lead positive education innovations that have contributed to our state and city’s progress over time – leading in schools, school systems, and every sector and field that shapes education policy and practice. For instance, we have grown from fewer than 100 to over 700 alumni in the area and today, nearly 15% of school principals in Center Township public schools are TFA alums.

Please share an example of how TFA’s program is impacting corps members and their students.

In the 2018-2019 school year, the majority of our corps members helped students achieve at least one year of academic growth, while one in four led their students to over 1 ½ years of growth. In addition to pursuing rigorous academic goals, our members work alongside students to expand their self-advocacy skills, develop social capital through relationships with others, and inspire students’ leadership that will endure throughout their lives.

This summer we welcomed several new corps members who are graduates of Indianapolis schools, including Melissa Horn who was taught by ten TFA corps members while attending Indianapolis Metropolitan High School. Melissa shares about her TFA teachers, “They all had high expectations and care for me. I went to college because of them. I’m back home and joined TFA because of them. And I’m now committed to making educational excellence and equity a reality for all children in my city.” Our students joining and shaping our efforts is perhaps the strongest evidence of our mission’s impact and is essential as we move forward in reshaping our education system and city.

What are a few of the lessons learned from the work in Indianapolis so far? 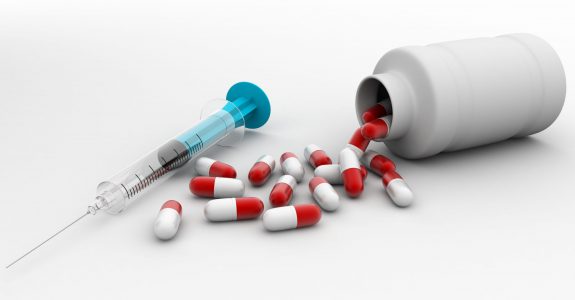 Do Needle Exchanges Lead to Higher Rates of Drug Abuse?

Alex Cohen is the Director of Learning and Evaluation for the Richard M. Fairbanks Foundation. Opioid addiction inflicts damage on Hoosiers in a number of ways. Abuse of prescription opioids and heroin use can lead to deaths by overdose, and they can cause neonatal abstinence syndrome in children of mothers who misuse opioids. When injected, […]

Too Many of Indiana’s K-12 Students Lack Proficiency in Math and Are Unprepared to Participate in our STEM Economy. A New Pilot Program Aims to Help Solve This.

In 2020, @RMFFIndy awarded a $1.54 million grant to launch a pilot aimed at significantly improving math instruction delivered by teachers in Indianapolis public schools.