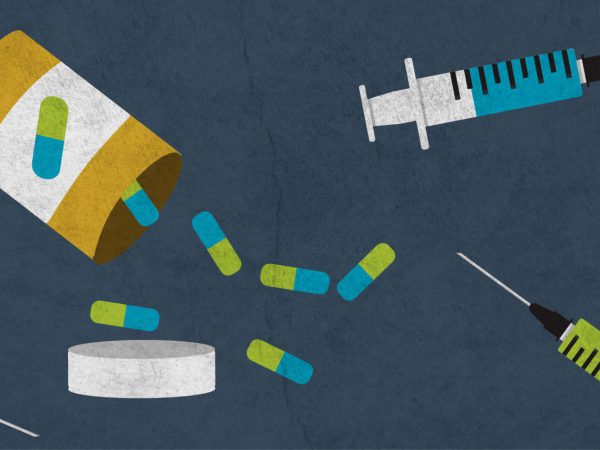 In July 2019, the CDC released preliminary estimates that showed, for the first time since 1990, a decline in fatal drug poisonings (overdose deaths) in the United States—by approximately 5 percent from 2017 to 2018. This decline is borne out in Indiana and Marion County as well. In Indiana, data from the CDC and provisional data from the Indiana State Department of Health show a decline of more than 10%. Marion County, which has the highest fatal drug poisoning count in the state, saw a similar decline, according to data from the IU Public Policy Institute’s Center for Health and Justice Research.

That is, of course, great news. And while it’s difficult to know what drove the change, it provides at least some support for the myriad efforts to address the opioid epidemic—through expanded access to medication-assisted treatment, education to curb opioid prescribing and harm reduction efforts like naloxone distribution or syringe service programs, among many others.

However, as several have noted, it’s too early to declare that the fatal drug poisoning epidemic is over.

However, the “third wave” of the epidemic—surging deaths due to the powerful synthetic opioid fentanyl—still seems underway. Fatal drug poisonings involving fentanyl continued to rise, though at a lower rate than previous years. Perhaps more troubling, however, drug poisonings involving other drugs—namely, cocaine and methamphetamine—also continued to rise, and one reason for this may be that meth and cocaine are increasingly being combined with fentanyl, making them more lethal than they are on their own.

But perhaps the biggest reason for caution is that opioids still claim a large number of lives. At nearly 70,000 per year nationwide, the number of fatal drug poisonings still far outpaces the number of deaths from car crashes, HIV and gun deaths at their peaks. This means there is still a strong need for prevention, treatment and harm reduction approaches. If the decline in fatal drug poisonings in 2018 were indeed driven by intensive efforts to address the opioid epidemic, we need to continue with these efforts at the same level of intensity. Failing to do so could cause deaths to creep back up.

Taken together, while the 2018 figures provide reason for optimism, there is still a continued need for vigilance—to make sure drops in fatal drug poisonings continue and that gains in addressing one part of the drug epidemic aren’t overtaken by new drugs.

The High Price of Indiana’s Opioid and Tobacco Addiction

Indiana stands at the height of a twin addiction epidemic fueled by the rise of opioids and stubbornly persistent tobacco use in our state. Today more Hoosiers die from drug overdoses than auto accidents each year. The death toll from smoking equates to more than two fatal 747 airplane crashes each month. And we’re outpacing […]

Claire Fiddian-Green is the President & CEO of the Richard M. Fairbanks Foundation. While Indiana has many proud accomplishments, the health of our state’s population is not one. According to United Health Foundation’s America’s Health Rankings, Indiana is in the bottom-third of states for overall health – at 39th. And a recent Gallup study on […]